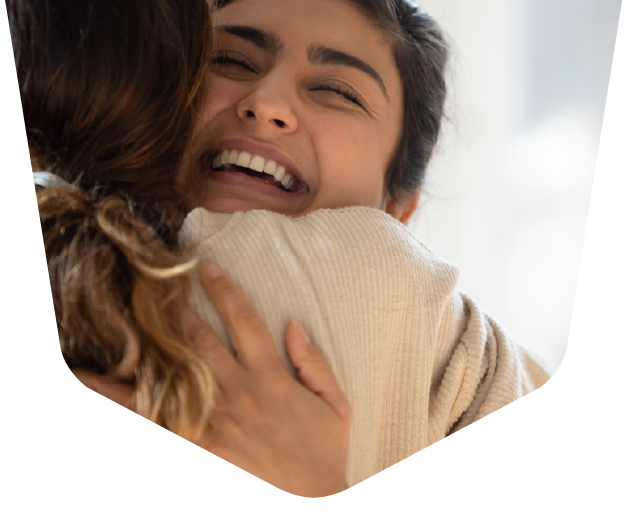 From a Clinical Pharmacist – I called a patient for her first cycle of an eight-week course treatment for her Hep C. She had several complaints around side effects, including headaches and insomnia. We reviewed mitigation strategies, and she appreciated the advice. Two weeks later, her Patient Care Coordinator sent us a notification that the patient reported she was still struggling with side effects during his refill call with her.

During our second call, she shared that she’s having dietary changes as well as significant fatigue. She also mentioned feeling like she doesn’t want to do anything, talk to anyone, or even clean up the house. She complained that she couldn’t make her intricate Syrian dishes of grape leaves & kibbeh, and we bonded over our shared background and my love for those foods. Lastly, we discussed mitigation strategies again, and I let her know I would call back a couple of days to see if the plan we discussed was working.

On our third call, I became concerned as the patient showed symptoms of depression, so we agreed to increase our check-ins to about once a week. During our fourth call, I attempted to complete a patient health questionnaire with her, but she denied changes to her mood and felt her side effects were the cause of her low mood, not the other way around. We discussed her social support, including her daughter, her granddaughters, and the daughter’s mother-in-law, who were all very supportive and encouraging. Despite this, I sensed that she needed more support, and when I offered to have weekly check-in calls with her, she was very appreciative and grateful.

During the next few calls, she reported several side effects that would surface/resolve, and I would counsel on ways to alleviate these side effects. A majority of our calls were focused on emotional support as she would often say that she doesn’t feel like she wants to talk to anyone, leave the house, or see anyone. We spent about 15-20 minutes during each call talking about her energy, what dishes she was able to make and which she is struggling to make, what side effects have come up, which have resolved, etc., and I would respond with counseling, empathy, and encouragement.

After our eighth call, she was at week seven of treatment, her depression was at its worst point, and her hands were in significant pain that was very limiting to her ADLs, so we agreed that I would reach out to the provider and that she would schedule a visit. Thankfully, her doctor was able to see her soon after and recommended that she complete therapy and begin counseling for her depression.

We spoke after that again, and by the time we reached our tenth call together, she had completed her therapy. She still had some residual side effects, but her mood was improving slowly. She also continued to have ongoing hand pain and had no scheduled appointment with rheumatology. We agreed that we would continue to speak weekly until her residual side effects have all but resolved.

During our 14th and final call, she had improved tremendously. She was walking five miles a day, gardening, cooking, and seeing family/friends. She was so happy and counting down the days to her lab draw, but still had ongoing finger and hand pain and no appointment in Electronic Medical Chart. With this in mind I offered to reach out to the clinic, and they were able to squeeze her in a week later.

Throughout our calls, she told me how appreciative she was for my support and that she is looking forward to COVID-19 ending so that she can make one of the dishes we’ve been talking about. I was grateful that she trusted me enough to share her depressive symptoms and allow me to be apart of her support system as she pushed herself to stay on the medication despite feeling significantly limited by it.